When Can I Break the Speed Limit In Texas? 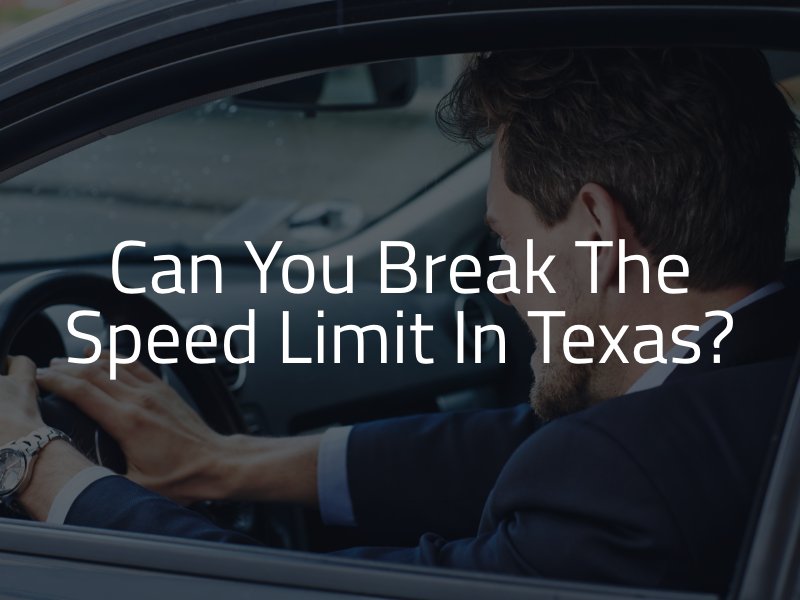 Technically, going a single mile over the speed limit is breaking the law. Most cops and state troopers understand that speedometers are accurate within two mph or less, depending on the age and model of the vehicle. The leeway traffic cops give drivers is situational. You should absolutely go the speed limit in school zones, especially during bus hours. Driving seven above in a 35 mph zone is likely to be met with harsher treatment than going seven over in a 65 mph zone. That said, driving five to seven mph over the speed limit is fairly easy to fight in court, contacting a traffic violations attorney can be beneficial in helping your case. For more information, contact our Houston criminal attorneys today.

How Texas Driving Laws Differ From Other States

There are three kinds of speed limit laws around the country: basic, absolute, and presumed.

Basic speed laws are fairly uncommon. These laws are hairy because the officer that issues the ticket can determine that you were driving too fast given the conditions at the time of the traffic stop. In other words, driving five miles under the speed limit in heavy precipitation or terrible visibility conditions can net you a ticket, especially if everyone else around you is driving more slowly. Similarly, driving too slow on a busy highway can also be dangerous and result in a ticket.

Most states have absolute laws. This means that the speed limit is absolute, no contest. Getting pulled over for one mph over the limit is a law violation.

Texas is in the category of speeding laws called presumed laws. A presumed violation gives drivers flexibility. Ticketing is also up to the discretion of the trooper, but as long as you are driving safely, going a few mph over the limit is considered legal. If you are pulled over for exceeding the limit by five mph on an empty highway under a clear blue sky, chances are good the ticket can be fought in court.

Your defense should address the officer’s concerns and story. For instance, if the officer says that he eyeballed your car or followed you for a short period of time, you may be able to mount the first defense and question the accuracy of his measurement.

Proving that your speed was safe is more challenging the more you exceeded the speed limit. Also, as with basic speeding law violations, if the conditions were poor and you were driving in an unsafe manner given the drivers around you, you can receive a ticket for a very minor infraction.

Your speed ticket fine is based on the locality in which you received your ticket. The citation issued by the trooper may or may not give you the actual fine price. Usually, the fine increases if the ticket is not paid on time. Fines for four of Texas’ largest cities are below.

If you have recently been issued a speeding ticket in Houston, contact our offices today to see how we can help your case. Our attorneys have decades of experience and will fight to represent you in court. Don’t take our word for it, read our client reviews on Facebook, Google and Yelp.