Can I Get Deported for Shoplifting? 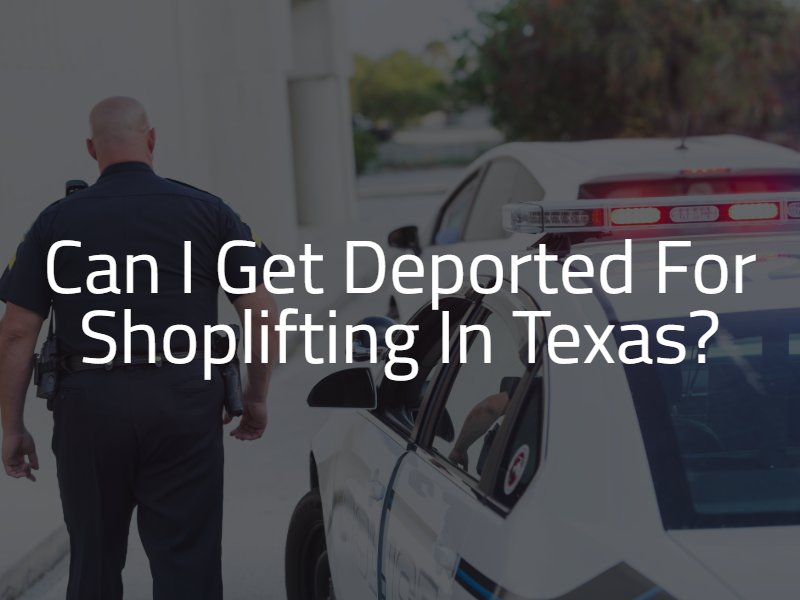 Shoplifting is taken seriously in U.S. stores. They will prosecute individuals for even the smallest of theft offenses. For immigrants, shoplifting represents a real deportation risk. While not all shoplifters face deportation, the act will increase the likelihood of immigration issues. An arrest alone can warrant a residency adjustment denial. A conviction can, in certain cases, result in deportation.

If you have been arrested, contact a Houston shoplifting lawyer today for a free and confidential consultation.

To maintain residency status and qualify for citizenship, immigrants must demonstrate a “good moral character.” Shoplifting is a “crime of moral turpitude” that can jeopardize someone’s good moral character and immigration admissibility. If you receive a theft conviction or admit to shoplifting, you may lose your admissibility status and face an increased risk for residency application denials and deportation.

A “petty theft exception” protects many immigrants from severe immigration consequences for small crimes. If you receive a petty theft conviction with a maximum sentence of one year in jail and you do not have to serve the full sentence, you may remain admissible. If, however, a conviction warrants a maximum sentence of longer than one year, you may face immigration consequences regardless of your actual sentence.

You will not qualify for the petty theft exception if you receive a theft conviction of any kind in your first five years in the U.S. In some cases, immigration authorities can elevate even minor shoplifting charges from a misdemeanor to an aggravated felony, eliminating the possibility of an exception and increasing the likelihood of deportation.

The laws surrounding admissibility and petty theft exceptions are confusing, because they involve elements of both criminal and immigration law. Discuss your case with an attorney who specializes in in criminal defense and immigration to protect your rights under current state criminal statutes and federal immigration laws.

What to Do if Someone Accuses You of Shoplifting

Unfortunately, innocent, legal immigrants sometimes face shoplifting accusations. The arrest alone can create hurdles for law-abiding residents. A false conviction can have far-reaching repercussions for those trying to remain in the country and achieve citizenship. If you or someone you know faces a shoplifting accusation, take the following steps:

The bottom line is that no amount of shoplifting is “safe” for immigrants in the United States. Avoid taking anything you have not paid for or associating with individuals who may commit a crime. While deportation isn’t automatic, shoplifting arrests and convictions will place your immigration status under a spotlight.

If you do face shoplifting charges, act quickly to protect your rights. An experienced and local Houston defense attorney can help you avoid the sometimes-permanent immigration consequences of shoplifting.