Have you or a loved one been accused of a drug crime in Texas? If so, it’s imperative you seek legal representation right away.

Drug cases have the potential to be highly complex and to present numerous severe penalties if the defendant is convicted. David Breston is an experienced and aggressive drug crimes lawyer in Houston.

Since 1997, we have helped hundreds of clients get charges dropped or dismissed. If you have been accused or suspected of committing a drug crime in Harris County, contact our Houston drug crime lawyers as soon as possible. 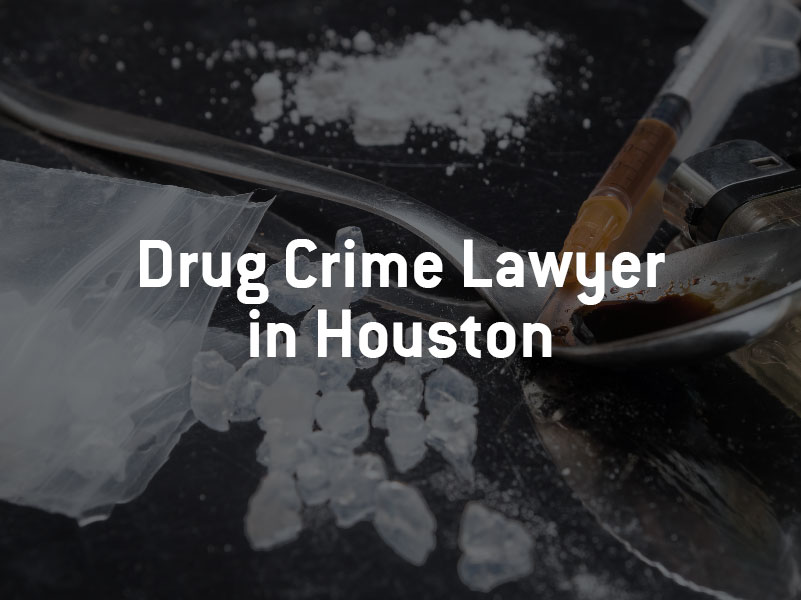 Whether you are charged with large-scale drug trafficking or simple possession of a controlled substance, our Houston drug crime attorneys draw on years of experience. We can help you fight the charges and, if necessary, secure an effective drug treatment program. We will gather as much evidence is needed to prove you are innocent.

Call the Law Office of David A. Breston immediately for a free consultation if you are facing charges of any type of drug crime in Houston. Without the representation of a skilled drug crimes attorney, it is not likely that you will be able to successfully defend yourself from a wrongful conviction. Drug crimes are severely punished with lengthy prison sentences, so don’t take chances.

What is Considered a Serious Drug Offense?

In Texas, there are a number of illegal drugs, such as marijuana, cocaine, heroin, methamphetamine, ecstasy, LSD, and crystal meth. Criminal defense attorney, David A. Breston, has handled countless cases involving drug crimes, and can competently defend clients charged with the following:

It is also considered a crime to use a prescription or over-the-counter drug for an illegal purpose. A drug crime conviction in Harris County will result in serious legal ramifications, including long-term jail and prison sentences, probation, large fines, mandatory drug treatment, community service, driver’s license suspension, and a mark on your permanent record. In addition, being charged with possession can seriously damage your reputation and destroy your relationships with family and friends.

The Houston drug lawyers at the Law Office of David A. Breston are experienced in trial cases as well as prosecution and can defend your case from every angle. Be represented by a powerful legal team that you can trust to fight for your freedom. Our lawyers, Alma Garcia and David Breston, have had extensive success in getting charges reduced and dismissed for our clients. Contact our criminal defense lawyers today at the Law Offices of David A. Breston, Houston criminal attorney for a free legal consultation. Don’t just take our word for it though, hear what our clients have to say on Google, Yelp, and Facebook.

Is a Drug Charge a Criminal Offense in Texas?

Yes, a drug charge is considered a criminal offense under state and federal law in Texas. Drug crimes cases can range from a $500 fine (for a class “C” paraphernalia case) to life in prison (the maximum sentence). There are many factors that determine if you will be charged with a misdemeanor or a felony. These penalties and factors may include:

What Is the Texas Controlled Substance Act?

The Texas Controlled Substance Act is Texas’s primary health and safety code for regulating legal and illegal substances, including drugs. It outlines the state’s complete laws for possession of illegal drugs, as well as additional abuse of prescription drugs and all related penalties.

What are the Penalty Groups for Controlled Substances in Texas?

The Texas Health and Safety code classifies drug charges under penalty groups. The groups are categorized from one to four in order of punishment, level of addiction, and severity.

The following are common drugs and their penalty group:

Our Houston law office has a complex understanding of how these drug penalties are categorized and have successfully handled hundreds of cases in all penalty groups.

Can I Have My Drug Possession Arrest Record Expunged in Harris County?

If you plead guilty or were found guilty of a drug crime by a judge or jury, you won’t be eligible for record expunction.

What are the 4 Major Drugs that are Associated with Crimes?

Drug crimes are widespread across the state of Texas, and unfortunately, many people struggle with addiction every day. According to the statistics from the Texas Department of Public Safety, manufacturers can sell and create synthetic drugs – that are often life-threatening – at alarmingly high rates, which may be contributing to the overdose crisis throughout the state and across the country.

The National Drug Early Warning System (NDEWS) published a report in November 2018 on the drug use patterns and trends observed in Texas during the previous calendar year. This report provides the following statistics on the prevalence of certain drugs in Texas communities, as evidenced by admissions data for rehabilitation centers and other addiction programs.

The Comprehensive Drug Abuse Prevention and Control Act of 1970

Due to the spike in recreational drug use during the 1960s, the United States federal government passed the Comprehensive Drug Abuse Prevention and Control Act of 1970 to help address the sale, use, possession, and manufacturing of illicit drugs such as heroin or amphetamines. The Act allows for the government to define and classify certain drugs, as well as research and create treatment programs for drug abuse.

THIS ACT IS COMPRISED OF TWO MAIN PARTS: TITLE II AND TITLE III.

With so many factors playing a part in drug possession cases, many defenses exist to either dismiss a charge or reduce the level of penalties. Possible defenses can include:

With the potentially serious consequences of drug possession, you should not attempt to face charges alone. Our skilled attorneys will provide you with the knowledge you need about Texas’s drug laws, how they apply to your case, and any possible defenses you may use in court. We will also stay by your side and fight to disprove any false charges.

Drug crimes are common in the state of Texas, from manufacturing to possession to sales. According to the Texas Department of Public Safety, police officers arrest thousands of people every year on these charges. The Texas Crime Report for 2018 provides the following statistics on drug crimes in the state.

Mr. Breston did an amazing job and told me he could get my husband home. He has done what other attorneys said was impossible. Or they were going to charge me an outrageous amount. He did it the first time at a reasonable price. Thank you Mr. Breston you are awesome.