What To Know About a First Time DWI Offense in Texas

DWIs are extremely serious charges that are given across the state of Texas every day. With a growing number of people hitting the road while intoxicated, the safety of communities may be put in jeopardy. In any case, some claim innocence or seek lighter penalties depending on their circumstances. False accusations and errors in roadside inebriation testing are just a few ways someone might be wrongfully wrapped up in a DWI charge.

To defend against a DWI charge and learn more about the implications of one, a strong defense attorney is needed. That is where David A. Breston steps in. Breston is an experienced and trusted Houston DWI attorney who is known around the community for seeking justice on behalf of his clients. Reach out today to learn more about the implications of a DWI charge in the Lone Star State. 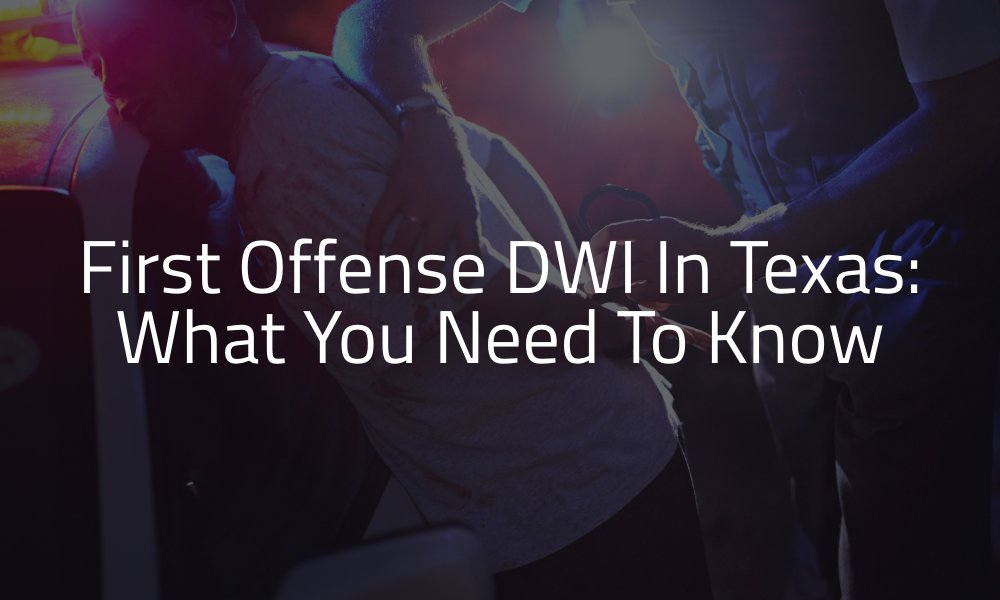 What Happens When You Get Your First DWI in Texas?

Being charged with a DWI (Driving While Intoxicated) can be frightening and fill someone with uncertainty. A large amount of doubt is produced surrounding how first versus repeated offenses are treated, potentially extenuating circumstances that may make punishments more severe, and the nitty-gritty of a conviction such as jail time and permanent records. These can fully consume someone’s life, potentially jeopardizing their jobs, marriages, custody of children, and much more.

Upon being pulled over by the police, it is common practice that they conduct a series of tests on someone suspected of driving while under the influence of alcohol and other drugs. Breathalyzer tests, coordination roadside exams, and other types of determining procedures will try to determine how much alcohol one has in their system.

If someone is suspected of driving with a quantity of alcohol that exceeds the legal limits of BAC (blood alcohol content) levels, which is 0.08% in the state of Texas, they will be arrested and booked. They may spend some time in jail before being given a trial.

First-time offenders of a DWI in Texas are usually given a misdemeanor of varying severity. Misdemeanors make up the category of offenses below felonies and typically carry less serious charges. Under normal circumstances, someone with a BAC below 0.15% and above the legal limit is charged with a Class B misdemeanor. A Class B misdemeanor usually carries some sort of jail sentence in addition to a fine of up to $2,000.

In contrast, a Class A misdemeanor is given to those with a BAC over 0.15% and is more serious. Class A’s are a step below a felony – an extremely grave charge that lasts on someone’s permanent record indefinitely. Class A misdemeanors typically carries a fine of up to $6,000 and jail time. In addition, this conviction is permanent and typically ends in a license suspension, making going about everyday activities extremely difficult.

Is Jail Time Mandatory for a First DWI in Texas?

As previously mentioned, jail time is a real possibility for those convicted of driving while intoxicated, whether it be a Class A or Class B misdemeanor. In most cases, someone’s first DWI offense does carry a mandatory three days in county jail. This is mandated by law and is nearly impossible to escape if properly convicted of the offense. The maximum sentence for someone convicted of a DWI misdemeanor is 12 months of incarceration.

Yet, even so, there are a few possibilities that change this scenario. One such scenario is community supervision which will require the offender to complete services to the community under the watchful eyes of authorities. The amount of time that one may have to do this greatly varies and may depend on the judge. Alternatively, someone may be given probation in which someone is under the supervision of authorities but is not held in a jail cell.

What Do I Need to Know About DWI in Texas?

A DWI charge in Texas is no laughing matter. As the state takes the offense quite seriously, its impacts on the life of an individual can be broad and persistent. Sometimes, DWI jail time can be upgraded up to a decade and the charge altered to a felony.

While a second DWI offense can carry up to a $4,000 fine, a third offense may cost someone upwards of $10,000. This does not go without saying that state fines awarded upon sentencing can range from $3,000 to $6,000. Furthermore, second offenses and third offenses can each result in a long-term driver’s license suspension of up to two years.

The consequences of driving with a child passenger further inflate the issue. Someone found driving under the influence with a minor under the age of 15 in the car will be tacked with a child endangerment charge. In addition to the previously stated fees associated with the defense, up to $10,000 may be added to the lump sum required to be paid out to the state of Texas. Another 180 days of license suspension and two years of jail time may also be assessed.

Open container is another recurring topic in the world of automobile and criminal law. Having an open container in one’s vehicle, whether they be intoxicated or not, is illegal and may act as a driver of further punishment in a court of law.

Do You Get Probation for First DWI in Texas?

On rare occasions, when an individual pleads guilty to a DWI charge in Texas, they may be awarded probation, also known as “community supervision” in the state of Texas. A judge may be able to grant probation depending on their discretion. While a minimum jail sentence such as that of three days may still be mandatory if someone has already been convicted of a DWI, individuals convicted of their first DWI are able to dodge jail time completely by serving probation instead. New Texas laws also allow someone to get a deferred adjudication where there is no finding of guilt at the time of sentencing should they desire to do so.

Get the Right DWI Attorney for Your Case

Texans convicted of DWI charges are heavily recommended to enlist the help of a Houston criminal defense attorney such as David A. Breston at their earliest convenience to lessen their sentences and prevent further damage to their records. Breston is a tried and trusted lawyer delivering justice and improving the livelihood of the community. Call his offices today for a free consultation at (713) 804-6492.