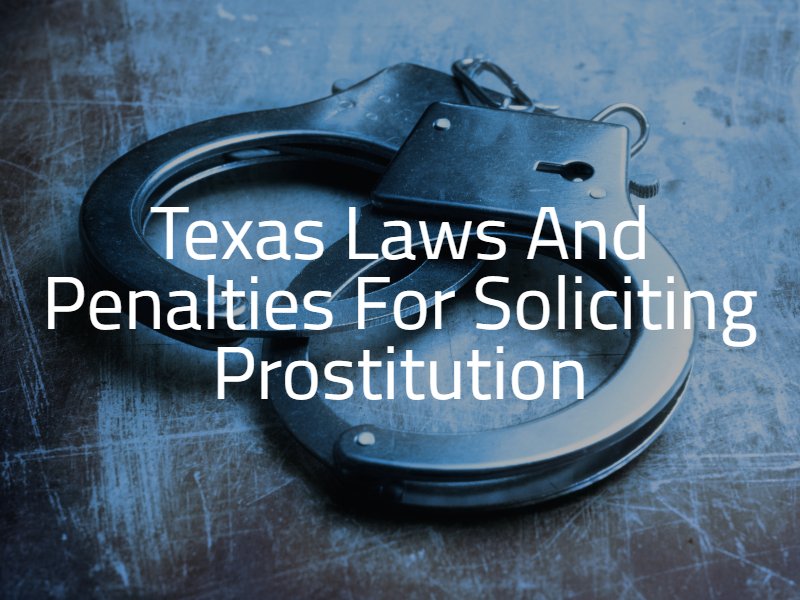 In Texas, paying money for sex is illegal. Known under Texas law as “solicitation of prostitution,” this crime can result in jail time and hefty fines. Arrest or conviction for the solicitation of prostitution can inflict major damages upon a person’s reputation, potentially leading to loss of employment and broken ties with family or community. The more you know about the laws regarding prostitution in Texas, the better you can protect yourself from prosecution for this crime.

Speak to a Houston sex crimes defense attorney if you have been charged with soliciting a prostitute.

Prostitution laws in the Texas Penal Code clearly state that offering or agreeing to sexual conduct for a fee is a crime. It does not state that the sexual conduct has to have actually occurred. Despite what many people believe, a person does not have to follow through the sexual act to risk arrest for soliciting prostitution. All that is necessary to be guilty of this crime is someone offering to pay a fee for sexual relations.

A “fee” can mean any form of payment, not necessarily money. A fee could be money, goods, services, or other benefits in exchange for sexual contact, conduct, or intercourse. It is a crime to agree to receive a fee, as well as to agree to offer a fee, for sexual conduct. Both parties involved in the exchange could face criminal charges and repercussions for the solicitation of prostitution, whether the paid-for act occurred or not. Even asking something such as the sex worker’s rate is the crime of soliciting prostitution under Texas law.

It is also a crime in Texas to “promote” prostitution (also called pandering or pimping). This involves accepting fees from an agreement to participate in the proceeds from prostitution. Promoting prostitution can also mean one person soliciting another to engage in sexual conduct with a third party. If a person knowingly causes a child under the age of 18 to commit prostitution, the person is guilty of “compelling prostitution.”

Under many circumstances, authorities will organize extensive operations in the hopes of catching people in the act of soliciting prostitution. Often, police officers in Houston will go undercover as prostitutes to catch people who try to pay for sexual acts. If someone should offer a fee, other officers will come to the scene and make the arrest.

Undercover officer scenarios do not fall under the category of law enforcement “entrapment,” which is when police officers attempt to persuade someone to participate in a criminal activity that they would not typically participate in for the sole purpose of making an arrest. Instead, it is simply an opportunity; the government agency is offering a person an opportunity to commit a crime. If the person accepts the opportunity, police then have the right to make an arrest.

Penalties for Soliciting Prostitution in Texas

When police officers catch a person soliciting prostitution, it is typically the client that police charge. The prostitutes themselves may face criminal charges as well but, in many cases, the person who is paying for sex is the first one police will arrest and charge. If the courts find someone guilty of a first offense for soliciting prostitution, it is a class B misdemeanor with penalties such as:

If someone is guilty of the solicitation of prostitution and already has one or more prostitution convictions, this is a more serious class A misdemeanor. Possible penalties are up to one year in jail, and/or a fine of up to $4,000. In addition, the courts might order convicted defendants to complete mandatory community service or educational courses. The best thing a defendant can do for his/herself when facing arrest for soliciting prostitution is to retain an experienced Houston defense lawyer.