What Is the SB4 Immigration Law in Texas? 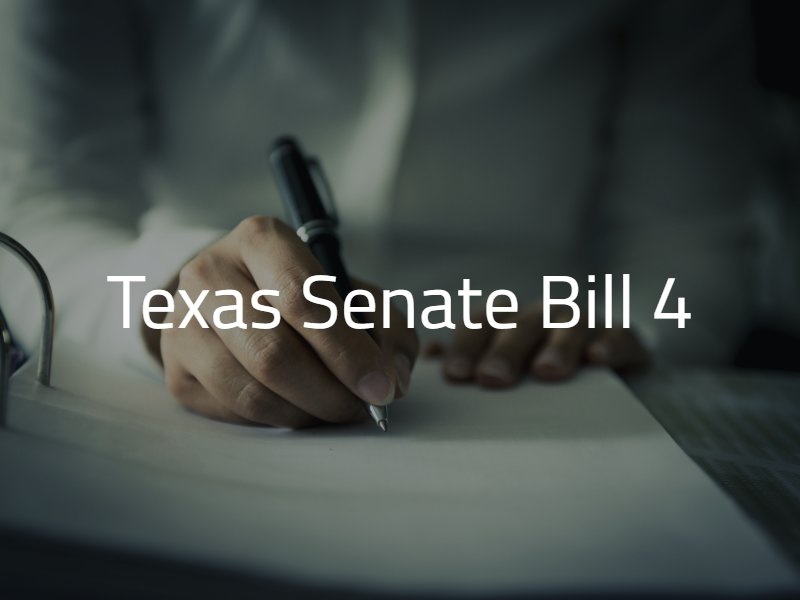 Senate Bill (SB) 4 is one of the strictest immigration laws in the country. SB 4 is a Texas state law that went into effect on September 1st, 2017. Also called the “Show me your papers” law, SB 4 gives local police officers the right to request proof of citizenship or otherwise question the immigration status of anyone they detain. Advocates against the bill have compared it to similar laws in Arizona and Alabama – laws federal courts mostly struck down as discriminatory.

Contact an immigration lawyer at The Law Offices of David A. Breston if you have encountered legal trouble in Texas because of SB 4.

SB 4 gives all police officers, including college campus police, the right to question the immigration status of detainees and people they arrest. The nature or severity of the detainee’s alleged crime does not matter. Police in Texas can ask about the immigration status of drivers at traffic stops, and even question witnesses and victims of crimes – with or without probable cause to suspect an undocumented immigrant.

If a detainee or someone else tries to file a lawsuit against a Texas police officer for carrying out the provisions of SB 4 (such as a false imprisonment or discrimination claim), the bill has a provision to use taxpayers’ money to defend the officer. SB 4 does not apply to school district police, officers affiliated with religious establishments, hospital districts, community centers, or mental health authorities.

Texas Governor Abbott signed SB 4 into law on May 7th, 2017. Upon its passing, many cities and municipalities in Texas challenged SB 4’s constitutionality in federal court. On August 30th, 2017, the courts ordered a temporary block on most of the provisions of SB 4, halting the date on which it would go into effect.

A hearing on September 22nd, 2017, resulted in the 5th Circuit Court permitting the detainer mandate of the law but left the rest of SB 4 blocked until further notice. On March 13th, 2018, a federal appeals court finally decided on the constitutionality of SB 4. It ruled to permit almost all of the law, removing the barriers preventing it to take effect.

The federal appeals court ruling made a few changes to the original text of SB 4. The changes keep most of the bill’s provisions intact but give local police officers more rights and options for combating the bill if they desire. The following provisions have now gone into law in Texas as of January 1st, 2019.

Police officers in Texas have the right to decide for themselves whether to assist ICE in investigating and enforcing immigration laws. Declining requests to assist with ICE will not result in the hefty penalties the original bill suggests. Furthermore, local officers can speak out against SB 4 as an anti-immigration law to the public. The Show Me Your Papers Law may currently be in effect in Texas, but immigrants still have rights.