When Is It Legal to Shoot Someone in Texas?

Many Texans carry guns to protect themselves and ensure their family and friends’ safety. Still, knowing when it’s legal to use deadly force can be confusing. It’s vital to know when it’s legal to shoot someone you think is threatening your family. 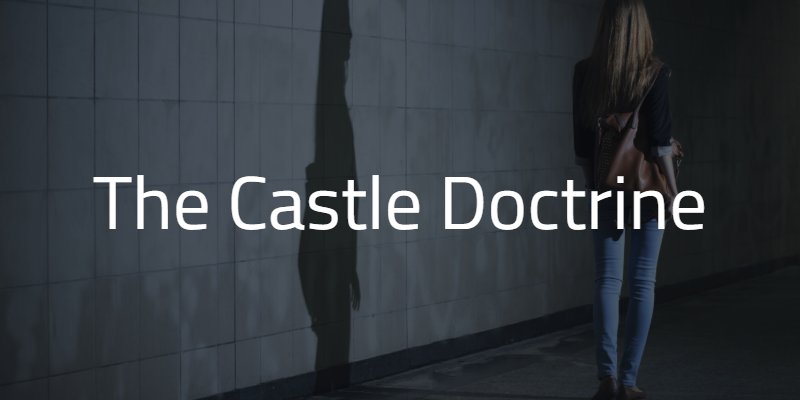 What Is the Castle Doctrine?

The castle doctrine is the name given to so-called “hold your ground” laws, which have been passed in states all over the US (starting with Florida in 2005). The Castle Doctrine states that citizens may “stand their ground,” or use deadly force, if they think doing so will protect them from bodily harm. Texas law states that you have no duty to retreat if you feel your safety is being threatened. The places where you may exercise your right to stand your ground, though, vary from state to state.

The Castle Doctrine gets its name from the philosophy that everyone is the King or Queen in his or her own home. In other words, you shouldn’t have to flee your property because of an intruder. The Texas Penal Code designates certain areas under the protection of the Castle Doctrine: your home, vehicle, and workplace.

In your home, Texas law assumes that you’re justified in using force to defend yourself against intruders. You get immunity under this presumption given a certain set of circumstances:

In Texas, a “castle” defines three places: an “occupied habitation,” “occupied vehicle,” and place of employment.

In other words, this limits the places where you can use deadly force—a sticking point for many who seek to use the Castle Doctrine to protect their families.

News headlines all over the Lone Star State point to a lack of consensus about the Castle Doctrine. A woman in Houston shot a man last year whom she thought was attempting to enter her house by force—it turns out it was just her neighbor, a firefighter who had taken a cab home from a bar. In Austin, a man shot a person who had run away from a group home because he feared for his family’s safety.

According to Representative Garnet Coleman D-Houston, cases like these illustrate how the Castle Doctrine goes too far. He’s committed to restricting the law to reduce the number of gun-related injuries. He says current legislation allows citizens to take the law into their own hands.

It’s important to realize that you can’t use force on others for a simple act of trespassing. To shoot in Texas, you must fear for your safety when someone is breaking in or attempting to break in to your home, occupied vehicle, or workplace.

Your “Stand Your Ground” Lawyer in Houston

Legal presumptions for using deadly force in Texas are incredibly strong. If you’ve used deadly force on an intruder in Texas, the law is in your favor. Still, you’ll need an advocate in the courtroom to protect your rights.

The Law Office of David Breston is committed to protecting your right to stand your ground. To learn more about our defense services in Houston, contact us today or read about our top-rated firm here. For decades, our office has been fighting to represent clients who have been charged with a crime in Houston. You can read more about our clients, case results and reviews on Facebook, Google and Yelp.