When to Call the Police for a Domestic Dispute 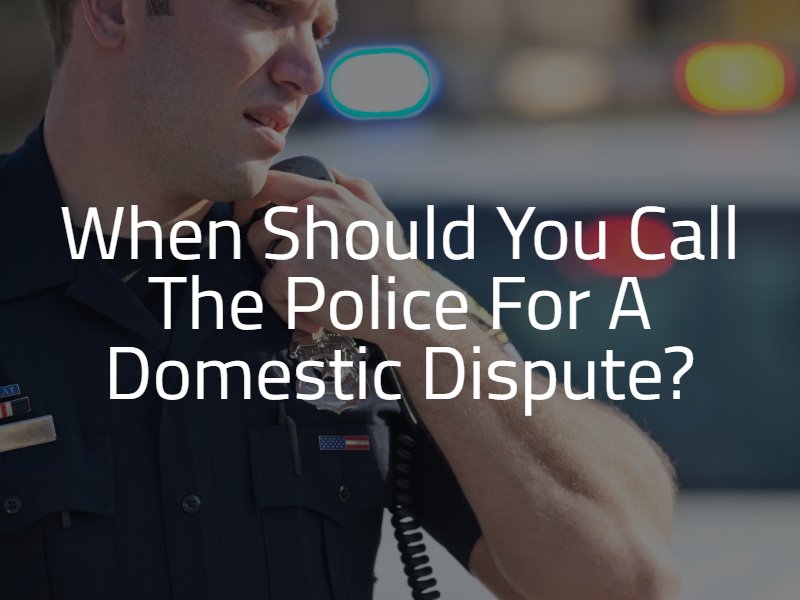 Knowing When to Call the Cops

Married couples and domestic partners get into disagreements all the time. One spouse may feel that the other is acting irrationally, but that does not always justify calling the police. If you find yourself involved in a domestic dispute with another member of your household, it is always best to try and resolve the situation peaceably between yourselves. However, if you suffer an injury or physical abuse, call the police immediately. If you hear your neighbors screaming at one another you can ask them to keep the noise down and carry on their argument at a more acceptable volume, but you shouldn’t call the police unless there has been actual violence or you genuinely suspect that violence has occurred or may occur.

It’s important for those wishing to intervene in a domestic dispute to know the difference between a situation that warrants intervention and a situation best left to those involved to resolve. Actual abuse is reprehensible and intolerable. If you see clear signs of domestic abuse or have suffered such abuse yourself, contact the police immediately. Unfortunately, some people believe that calling the police without justification is a way to teach someone a lesson.

The police report their findings and arrest suspects based on what they observe in a situation. If you call the police on someone knowing that he or she does not actually warrant an arrest, you can create serious problems for those involved that can last a lifetime. Additionally, false or exaggerated accusations draw the police away from other situations that actually demand police intervention. Your desire to teach your spouse a lesson could waste police time and resources when they could have been helping someone who truly needed help.

Actual domestic abusers deserve the full force of the justice system. Once the police investigate, they will arrest an aggressor if they believe there is probable cause or available evidence indicating the individual is a danger to his or her spouse or others in the household. If a person makes a bogus or exaggerated claim of domestic abuse, it can be very difficult to take back the claim and prevent undue punishments. Ultimately, the District Attorney will decide whether or not to press charges in a domestic abuse case. If the accuser knows that the accused does not truly deserve an arrest and charges, those investigating the matter may decide otherwise and create serious problems for the family.

Abusers and aggressors may face restraining orders that prevent them from returning to their homes or seeing their children. For domestic abusers, this is a positive thing that prevents harm to innocents. For the wrongly accused, this can be life-shattering and cause irreparable damage among members of a family.

To discuss further details of your case, contact a Houston criminal defense lawyer.