What Happens at an Arraignment in Texas? 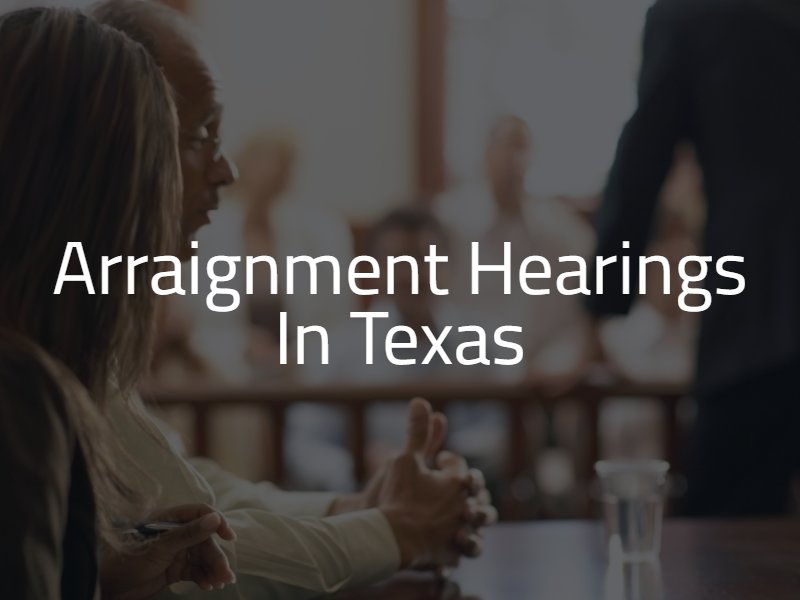 The criminal justice process consists of several phases. The first process generally includes arrest, booking, and arraignment. Once the police arrest a suspect for a crime, they will book the suspect at the police department, documenting a mug shot, the suspect’s fingerprints, and a list of all items in the suspect’s possession at the time of arrest. Following the booking process, the suspect may remain in jail until he or she posts bail or the arraignment date arrives.

What Is an Arraignment?

An arraignment is a suspect’s first court appearance following an arrest. The judge hearing the arraignment will publicly read the charges against the suspect and allow the suspect to enter a plea. The suspect may plead guilty to the charges if he or she knows they are accurate, and entering an early guilty plea tends to work in favor of a clearly guilty defendant as it allows the justice system to work more quickly and frees up courthouse time and resources.

If the suspect enters a not guilty plea, the case proceeds to a trial. The suspect may be free to go until his or her next court appearance or the judge may require him or her to post bail before leaving jail until his or her court date.

A suspect can enter one of several types of plea in his or her arraignment.

How Long Do They Have to Indict You in Texas?

Implications of an Arraignment and Plea

An individual facing criminal charges could face dramatically different outcomes depending on his or her plea. The defendant’s attorney may suggest a plea bargain, which is essentially pleading guilty to a lesser charge than the charge in question or pleading guilty and ensuring a swifter legal process in exchange for lighter sentencing. Arraignment usually happens within two or three days of arrest.

Depending on the nature of the charges, the judge may set bail or the defendant may request bail. Posting bail would mean the defendant is free to go (with restrictions) until his or her next court date. Milder offenses like theft or drug possession may qualify for bail while other more serious offenses like murder generally do not, and if they do, the bail amount is usually hundreds of thousands of dollars or more.

What is the Best Course of Action?

It is advisable to hire a criminal defense attorney in Houston because they can advise the client on how to prepare for arraignment and help the client determine the best course of action when it comes to entering a plea.

Contact our offices today to discuss your options, build a strong defense strategy, and fight to protect you or your loved one’s rights.