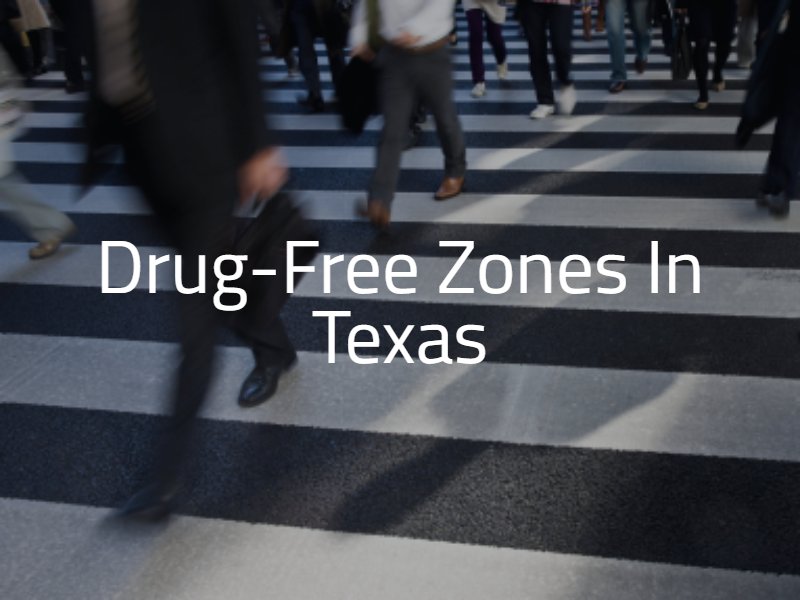 The use of illegal and recreational drugs occurs too frequently throughout the state of Texas, from homes to public parks and many other areas in-between. To protect vulnerable populations from exposure to these substances, Texas has established certain drug-free zones where law enforcement strictly prohibits the use and possession of a controlled substance. If authorities catch you with drugs in these zones, you could face serious penalties.

What Is Considered a Drug Free Zone?

A drug free zone is an area where law enforcement strictly prohibits the possession or distribution of illegal drugs and other controlled substances. As a result, the fines and prison sentences for these crimes are higher in drug free zones than they would be in other places. Typically, these zones are areas with high populations of children.

Different states have different rules when it comes to drug free zones. In Texas, a drug free zone is within 1000 feet of the following locations.

In addition, you cannot possess or distribute drugs within 300 feet of the following locations.

Penalties for Possessing and Distributing Drugs in a Drug Free Zone

Under Texas state law, drug free zones are within 1,000 feet of areas where children under the age of 18 frequent: daycare centers, elementary schools, and secondary schools. You may wonder if colleges and universities fall into this definition as well – and the answer is yes.

While colleges and universities may not be drug free zones in other states, they are a drug free zone in Texas. Anyone caught possessing or distributing drugs on college campuses will be subject to the same penalties as someone caught committing the same crime near an elementary or high school.

However, possessing and distributing controlled substances is still a significant crime in Texas. If law enforcement officers catch you with these substances in a place that is not a drug free zone, you can still face significant consequences, such as prison sentences and fines.

If you are facing drug possession or distribution charges in Texas, you are also facing permanent implications for the rest of your life. You may face difficulty finding jobs, finding a place to live, or even going back to school. In order to combat these charges and to pursue the best possible outcome, hire a criminal defense attorney as soon as possible.

Your attorney can help investigate the claim against you and help you understand what your best possible outcomes are. In addition, your lawyer will help you launch an in-depth investigation into the circumstances surrounding your arrest and build a compelling defense in your favor.

There are many types of drug free zones throughout the state of Texas, most commonly schools and daycare centers. To stay safe, avoid using or possessing controlled substances at all times. If law enforcement does catch you with drugs in a drug free zone, you have options to reduce your charges. Contact a criminal defense attorney in Houston as soon as possible to discuss your legal options.