If you or someone you know is being investigated or has been charged with a cocaine-related offense, contact the Law Office of David A. Breston immediately. Along with a free initial consultation, we can help you determine the best course of action starting now.

The possession and sale of cocaine in Texas and all of the United States is illegal. It is always considered a felony and even less than one gram could leave you facing a prison sentence and thousands of dollars in fines. Cocaine is considered one of the most harmful controlled substances in the state of Texas.

If you or a loved one has been charged with possession and intent to sell cocaine in Houston, contact the cocaine defense lawyers at the Law Offices of David A. Breston and let our Houston drug crime lawyers represent you during this difficult time.

Drug enforcement is a high priority to Texas law agencies because drug use tends to increase other crimes such as domestic abuse, assault, and robbery. When it comes to controlling cocaine use, the law will not act kindly towards alleged offenders. If police place you under arrest for the possession of cocaine, try to remain calm and not resist arrest. Officers will readily press additional charges against in these circumstances. When questioned, politely tell police that you will not answer until you have an attorney present.

It is in your best interest to contact a Houston cocaine possession lawyer as soon as possible after facing a cocaine-related arrest. Do not wait until the day before your first hearing to call an attorney. Hire one right away to start working on your case, gathering evidence, and building your defense strategy. Follow your attorney’s advice from the very beginning to protect your rights as an arrested individual as much as you can. This advice includes not answering any questions that could incriminate you.

It is against the law to possess any amount of cocaine at both the state and the federal level. You could face severe consequences if the courts find you guilty – especially if you had a large quantity of cocaine in your possession.

This could result in serious incarceration as evidence of your intent to sell the drug to others. An experienced attorney understands these laws and can help with a strong defense or plea deal strategy. Call the Law Office of David A. Breston as soon as possible to begin building your defense.

Often, there are other aspects of a case in addition to cocaine possession that will have to be carefully considered and approached as well. An aggravated charge may lead to even stricter sentencing, including extended prison time and other terms.

At any level, it is also likely that a conviction will lead to a driver’s license suspension. Due to the lightweight nature of the drug, the increase in offense levels is very slight. Even a piece of evidence regarding possession of a razor blade or packing and shipping supplies will be considered in the context of a cocaine charge. Having an attorney who is comfortable with handling every aspect of your case will be important.

The Texas Health and Safety Code Section 481.001 recounts the state’s cocaine possession laws. Compared to other states, Texas’s cocaine laws are relatively harsh. Possessing even the smallest amount of cocaine could constitute a felony. Possessing cocaine in Texas is a crime under Penalty Group 1, with consequences that range depending on the circumstances of the offense. Hiring an attorney can help you minimize penalties, if possible. The punishments for possession of cocaine in Texas are as follows, according to the amount in the defendant’s possession:

Possessing even less than one gram of cocaine in Texas is a felony charge with potential jail time. A felony drug crime conviction can have long-lasting ramifications and create a permanent criminal record. A felony on your record can make it difficult to find a job and housing in Texas, as well as strip you of constitutional rights such as the right to bear arms and to vote. A more serious cocaine conviction could mean life in prison. The best thing you can do upon arrest for a cocaine crime in Texas is to retain a Houston cocaine defense attorney.

Cocaine is a stimulant that is highly addictive. Made from coca plant leaves, found in South America, abusers both snort and inject the substance into the bloodstream. While the high may last for anywhere from 15 minutes to half an hour, the substance will remain in your bloodstream for days after use. The consequences of those short-term highs are severe. It wreaks havoc on the body’s metabolism and long term use can lead to a permanent loss of smell and the contraction of gangrene.

In the judicial system, Texas punishes cocaine possession, sale, and trafficking to the full extent of the law. If you are wrongly charged or are facing cocaine-related drug charges, you’ll need the expert advice of a local attorney by your side every step of the way. 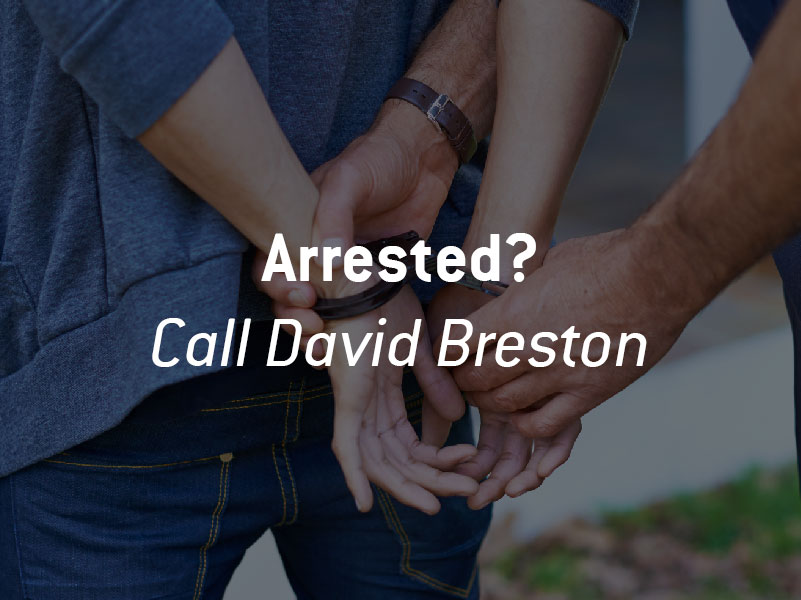 In some cases, a trial does not end in a conviction, but rather in a plea bargain or drug courts. A case that goes before the drug courts in Texas is likely to leave you with strict guidelines for rehabilitation programs and extensive probationary periods. While the solution may not sound ideal, it can take off years of a prison sentence.

Our attorneys at the Law Office of David A. Breston are all well educated in the intricacies that surround cocaine laws in Houston, the surrounding areas, and all of Texas. If you are charged with a drug crime, immediately ask to speak to your attorney. Fighting the charges will require an aggressive approach by a highly skilled Houston defense attorney. Those who are wrongly accused will have difficulty fighting a drug charge without the representation of an experienced attorney.

We value a personal approach in our law practice and sit down and speak with each client regularly with undivided attention. You will always find us to be responsive and action-oriented. A proactive approach is almost always the best strategy when it comes to drug charges such as cocaine. To learn more about our firm and attorneys, click here.