Can I Get a DUI for Being Under the Influence of Medical Marijuana? 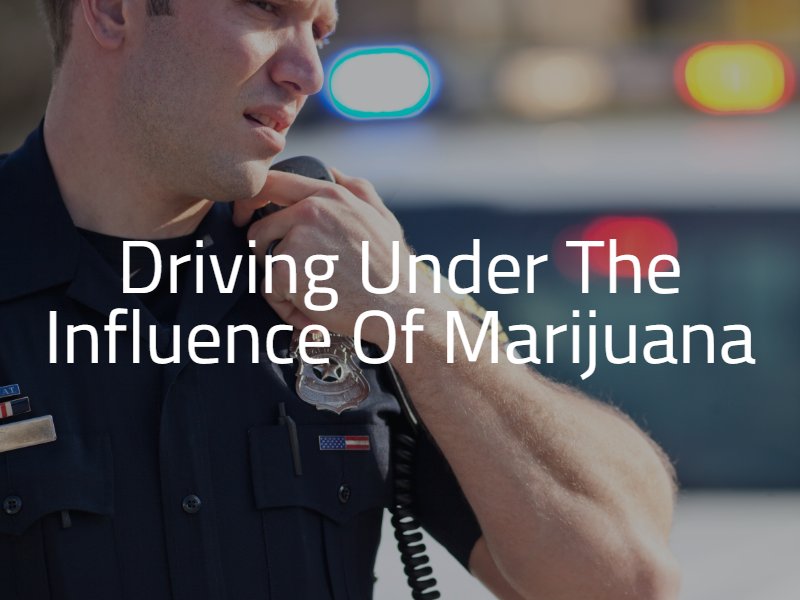 The Compassionate Use Program in Texas permits medicinal use of marijuana, but under tight restrictions that make it legal for only about 600 people – patients who have intractable epilepsy. Even those who can use marijuana legally, however, cannot drive under the influence of this drug. It is illegal in every state to operate a vehicle under the influence of alcohol or drugs.

This includes prescription and over-the-counter medications that can impair a driver’s judgment or abilities. Driving under the influence of medical marijuana in Texas could result in a criminal DUI charge. If you were arrested and need legal representation, contact our Houston DWI lawyers today.

Click Here: If You Were Recently Arrested For Marijuana Possession in Texas

The Dangers of Driving Under the Influence of Marijuana

Even if you have a valid prescription for medical marijuana in Texas, it is not safe to imbibe and drive. Cannabis has proven effects on driving ability, and is the most prevalent illegal drug among impaired drivers. Cannabis can increase crash risk by drivers overcompensating, speeding, driving too slowly, losing control of their vehicles, weaving between lanes, losing reaction time, failing to pay attention, and experiencing impairments to cognitive function. Evidence has shown that blood THC concentrations (the psychoactive ingredient in cannabis) of 2-5 ng/mL are enough to substantially impair driving.

Most people know about Texas’ drunk driving laws. They know it is against the law to drive with a blood alcohol concentration (BAC) level at 0.08% or higher. What many citizens do not realize is that they could receive DUI convictions for driving under the influence of certain drugs as well. Operating a vehicle with any type of illicit drug in your system could result in criminal charges – including marijuana if you are not a lawful user in Texas. Yet you could also receive a DUI for driving under the influence of legal drugs.

Any drug that impairs your senses could lead to a DUI if you try to operate a vehicle. This could include cough medicine, prescription drugs, and medical marijuana. None of the states in the U.S. that allow medical marijuana permit users to drive under its influence. Since the substance can intoxicate an individual and affect judgment or reaction times, it is against the law to use it and drive, whether you obtained it legally or not. It is important to understand the nuances of Texas’ DUI laws if you are a medical marijuana recipient in the state.

How Can a Prosecutor Prove Medical Marijuana DUI?

Unlike alcohol, marijuana can stay in an individual’s system for weeks after use. This leads many people to wonder about the standards of proof for a medical marijuana DUI charge, since a chemical test may show traces of marijuana the individual consumed days before driving. One potential solution is the marijuana breathalyzer, under development by a company in California called Hound Labs. This device could potentially detect THC by using the driver’s breath. Hound Labs says detectable THC would mean the driver consumed cannabis in the last few hours.

The prosecution must establish one of three main things to show that you are guilty of DUI, under Texas Penal Code Chapter 49.04: you lost the normal use of your mental faculties, you lost the normal use of your physical faculties, or you had a BAC of 0.08% or greater. If any substance in the body makes you lose your physical or mental faculties enough to affect driving, you could receive a DUI charge in Texas. It does not matter whether the substances in your system are legal or illegal. The prosecution will have to prove, however, that the medical marijuana in your system did in fact affect your faculties.

In a drunk driving case, it is enough to show that a driver had a BAC of 0.08% or higher to establish intoxication. No minimum amount of THC exists to establish marijuana-based intoxication, however. While a blood test can show marijuana in the driver’s system, it is up to the prosecution to present evidence that marijuana caused the driver’s impairment. This is a heavy burden of proof that often demands a more thorough DUI investigation. Although new instruments may come forth to measure THC levels of a driver in the future, today the burden of proof still rests with the prosecution. For more information, speak to a Houston criminal defense lawyer.