Is Possession of THC Wax a Felony in Texas? 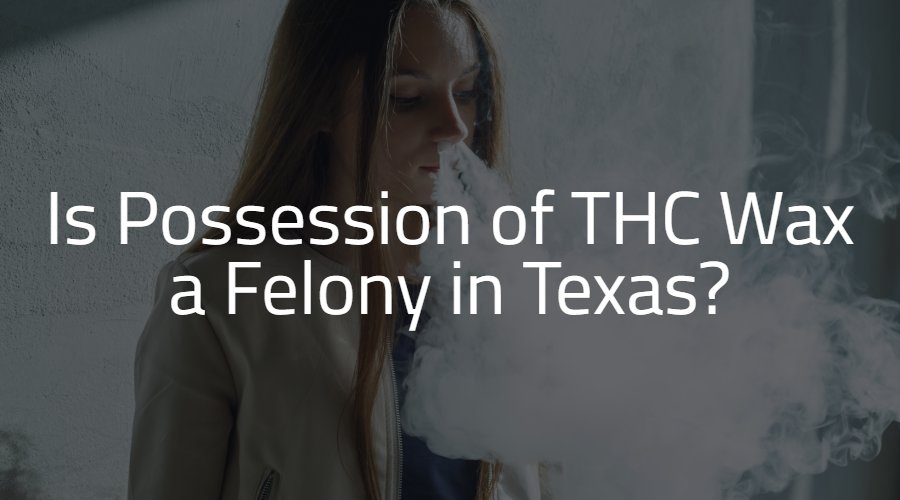 Unlike several other states, Texas has stayed stalwart in its strict no-marijuana laws. THC wax is no exception. In fact, the law punishes possession of THC even more harshly than standard marijuana. Tetrahydrocannabinol, or THC, is the active ingredient in marijuana. It is the primary chemical responsible for producing the euphoric feeling, or “high,” of using cannabis. THC wax, also called butane hash oil (BHO), hash, or dabs, is a psychoactive drug that many refer to as a new form of marijuana. Possessing THC wax in Texas can get you into serious trouble – and even result in a felony conviction in the wrong circumstances.

In Texas, the law groups THC wax not as marijuana, but in a category with more serious drugs such as ecstasy, molly, and PCP. What does this mean for possessors of THC? The state charges most cases of THC possession as felonies – even if it’s your first offense. Getting caught with THC or another form of marijuana concentrate on your person is the same as possessing controlled substances in the eyes of the law in the Lone Star State. It comes with much more severe penalties.

While having two ounces or less of regular marijuana on your person can result in a misdemeanor penalty with up to 180 days in jail and $2,000 in fines, having the same amount of THC is a felony, with up to two years in prison and $10,000 in fines. Possession of one to four grams of THC, hash, or a concentrate can lead to two to ten years in prison. Prison time from there increases all the way to ten years to life in prison for possession of more than 400 grams of THC.

A felony conviction on your record can cause serious, life-long problems for you. It can make it more difficult to find jobs and housing, as well as lead to financial problems from the cost of court fees, fines, and probably losing your job. Furthermore, a felony for possession of drugs in Texas automatically results in suspension of your driver’s license. It’s important to contact a Houston defense attorney as soon as possible after arrest for THC wax or other marijuana concentrate possession, to protect yourself in any way available.

There are a few possible defenses to THC wax possession in Texas should your attorney suggest you don’t plead guilty. You could potentially allege unlawful search and seizure based on your Fourth Amendment rights, argue the drugs didn’t belong to you, or explain that someone planted them on you. In the event that prosecutors lose the drugs or do not have them available for trial, the court might drop the case against you. THC wax possession defenses are difficult to prove. Retain a skilled Houston criminal defense attorney to help you face a felony drug charge.  Our attorneys have decades of experience and will fight to represent you in court. Don’t take our word for it, read our client reviews on Facebook, Google and Yelp.

To learn more about how our firm will fight for you, click here.