How Much Does a DUI Cost in Houston?

A DWI or DUI arrest and/or conviction can be a very costly venture. In fact, the Texas Department of Transportation recently completed a study in which they developed an approximate calculation of the realistic expenditures an individual might incur under the circumstances. 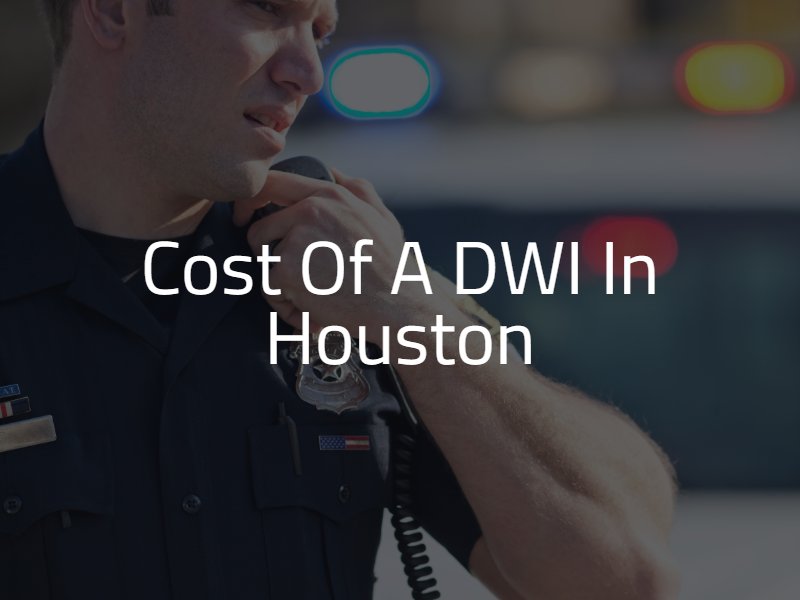 To ensure the validity of their findings, Department of Transportation interviews were conducted with court personnel – including county clerks, judges, prosecutors, public defenders and district attorneys; private practice defense attorneys, and even persons who had been convicted of drunk driving or drug crimes in Houston. If you have been arrested for a drug offense, contact a Houston drug crime lawyer today.

Prior to this research, I doubt anyone realized just how expensive a DWI can be. What follows are the average range of rates one could expect to pay for the various elements associated with a drunk driving lawsuit in Texas.

If you’ve been using your calculator to keep track of the cost of a single (first) DWI then you realize that you’ve racked up fifteen or twenty thousand dollars at least – and that’s not even all the costs that are associated with a DWI stop. Certainly, you have better things to do with your money. Contact a defense lawyer in Houston today for more information.