Criminal homicide includes murder, manslaughter, capital murder and criminally negligent homicide. Any death that arises from the negligence or direct action of another individual with or without the presence of another crime may be tried in court as murder or homicide. The differences between each type of offense can mean the difference between life and death in Texas.

Should I Get a Lawyer Before Being Charged?

Murder and criminal homicide charges are some of the most serious offenses a person can be charged with, and even an investigation has the potential to change the course of your life forever. Securing legal representation as soon as you are aware of an investigation or charges, representatives who are prepared to fight for your rights in court and aggressively defend your case is the only course of action to take. 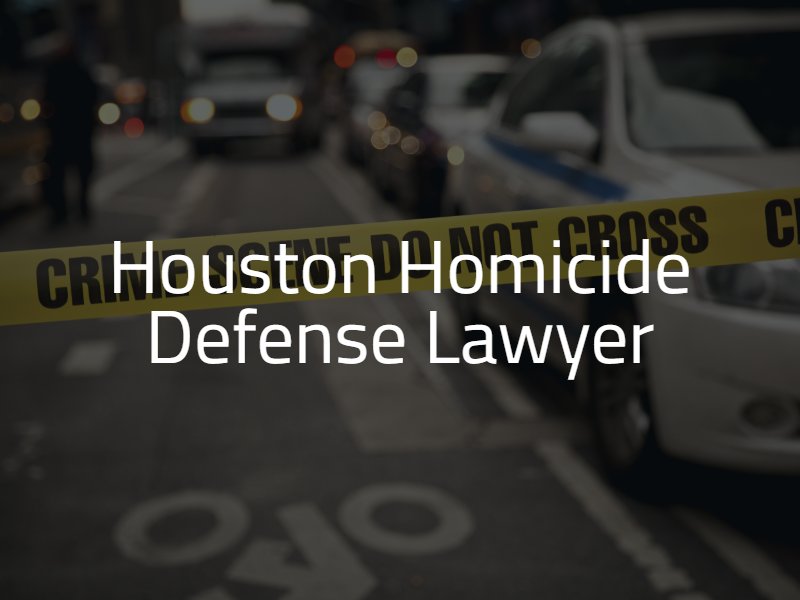 The Houston murder defense attorneys at the Law Office of David A. Breston spend every day working to improve our skills and help your case achieve the best possible outcome. From guiding you through the course of an investigation to taking your case through to trial, if necessary, we make every effort to build strong cases that defend your rights.

How is Murder Defined in Houston?

There are four types of criminal homicide that can be brought against someone in Texas:

Capital murder convictions may lead to life imprisonment or the death penalty for those over the age of 17 in Texas. No one who is successfully declared mentally unstable or incapacitated can be sentenced to death for any capital homicide act.

For More Information: Your Guide To Facing Murder Charges In Texas

How Do I Get The Charges Dropped or Dismissed?

The laws surrounding capital homicide in Texas constantly change, making the services of a skilled attorney the only option in successfully evaluating and fighting against charges. Depending on the nature specific details of your case, charges may be dropped or reduced. During sentencing, a “heat of passion” argument may be successful in proving the motivation or cause for a homicide. Making this clarification can also reduce sentencing.

Do You Offer a Free Consultation?

Yes. Contact us today for a free consultation and to learn more about our legal services for homicide and murder cases. Don’t let such a severe charge hang over your head alone. We can help you navigate the challenges of homicide cases today.

David Breston promptly met with me. LISTENED to me. Thoroughly reviewed the details of my case. And THEN offered his advice. Where others may have given up after the judge stated his initial decision, David did not give in……
-AL
More Client Testimonials